The bass drum alone is worth the price of admission. That tubby, flabby bonk, produced through a tightly tuned and what I’m assuming is a quite thin drumhead, sounds simultaneously ludicrous and the purest expression of the spirit that animates The Bad Plus. Combined with the metal snare drum, also stunningly resonant, the sound of the band feels as though it has reached, with this fourth album, the heart of what they aspired to do when they began, although they wouldn’t have known it.
I don’t have the words quite to explain what I mean by this. From the first album through, TBP synthesized their music out of a variety of ostensibly opposed musical sensibilities: the avant garde and the popular, the swinging and the rocking, the hilarious and the earnest, the free-wheeling and the delicately arranged, the fun and the devastating. Something about these paradoxical forces is present in the sound of Dave King’s bass drum alone: bombastic and powerful, but also cartoonish, graceful at times, and always landing in the place you didn’t know you wanted it to. The first sound on the album is that one drum, and for good reason. 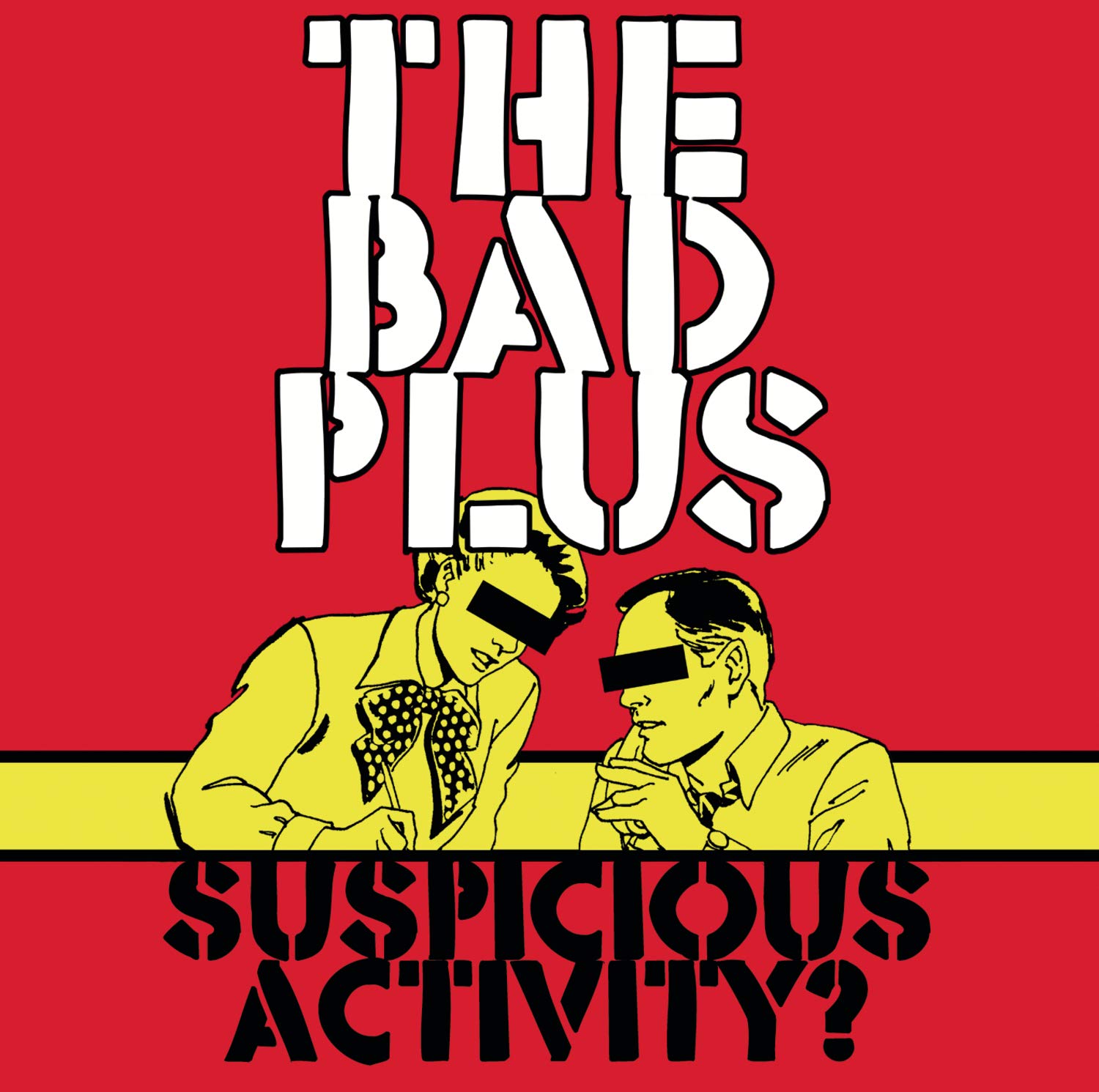 Are you not convinced? Listen to the intro of “Rhinoceros is My Profession” and tell me that bass drum isn’t animating the entire band. Or else, what about scooting up to 4:30 in “Let Our Garden Grow” and waiting until 5:00 when those two–precisely two– beautiful punches punctuate a momentary and miraculous silence, the eye of the storm that constitutes the unbound collective improvisation in the middle of this track. Did you hear how they flew in that space like they knew it was coming? A clairvoyant bass drum, the sound of deep knowing. While you’re here, why not stick around until the end of this track? There is a drum solo there, and, though briefly, you can hear the whole kit in its full eccentricity, always threatening to clip in the mix.
If I had to guess, I’d say that I learned 34% of what I know as a musician by listening to Dave King play the drums. But of course, what makes him so magical is also the context that he’s responding to, or rather, that he is helping to create. You hear things on a Bad Plus record that you just don’t hear elsewhere. For this reason, they captivated me when I was in high school (thanks, Tom), and to this day, I’m not sure I know any other albums as well as the first three of theirs that I got ahold of.
Have you ever heard a tune like “Knows the Difference”, where the piano and bass seem to move through the song together, but magically so, because there is no tempo, at least not from the drums, which seem off in their own universe, paying no attention to the music that’s happening? But of course, King is paying attention, and magically the music hits together at certain key moments, entirely inexplicably. It’s pure chemistry and experience that gets the band there, nothing more. The song is out of time and chaotic, but it anchors itself every so often, just often enough to ground your ears in a pulse. And then out of nowhere, nowhere at all, two snare hits clue everyone into a beautiful groove. Just like that, after five full minutes of chaos, an irregular but absolutely compelling riff takes hold. The song as it was completely disappears from view, and something new takes over.
Have you ever heard, for that matter, a tune like “Lost of Love”, which repeats its own form indefinitely, where nothing happens on paper but where the emotional affect swells until it’s unbearable? Sure, it modulates upwards over time. But that alone can’t account for the force of this song, this song where nothing and everything happens over 10 whole minutes. This one you can’t skip around. You have to listen from beginning to end, and you won’t get it until you do. The commitment that it takes on their part must be matched by commitment of your own. That’s the only way it works!
No. No you haven’t, is the answer. You haven’t heard a tune like that or anything approaching it. This album is the sound of a singularity. Out of time and in time at once. The silliest and the most compelling sound you never imagined.
It is especially interesting to revisit this album now, after the release of Never Stop II and Activate Infinity, both of which maintain a quite different energy from the rest of the band’s discography, and not just because they have a new pianist. Orrin Evans certainly puts a new spin on TBP’s trademark sound, but there’s also the fact of the band’s response to the music that Evans is contributing. Part of how the band is adjusting has to do with the way that they’re recording, which in the two most recent albums, produces a much more contained fire, a sort of delicate, compressed energy that crackles low in the mix. The bass drum in question here is gone, because the entire project has changed. The bombast you hear on Suspicious Activity? was dependent on that time, that place, those players; it expresses a context as much as anything.
If you’ve come with me this far, you know you’re going to listen to “Forces”, too. You’ll listen when you know you’re alone, when no one is going to tap you on the shoulder or text you for at least ten minutes. You get six or so for the song, and an extra four for what comes after. Before too long, I bet you’ll be back.