Skip to content
Circles is breathtaking.
Mac Miller’s posthumous release is a concise and devastating statement that both encapsulates his musical vision and attests to developments cut short. As everyone who has commented on this album agrees, it is all but impossible not to read into Circles, to hear Miller sing “There’s a whole lot more for me waiting on the other side” and not wonder if or how he felt that some darkness was catching up to him. But such haunting meditations alone are not what makes the album so compelling; each individual song and the album as a whole are incredibly well-built from beginning to end. It is a moving statement with a coherent identity, mood, and sound. 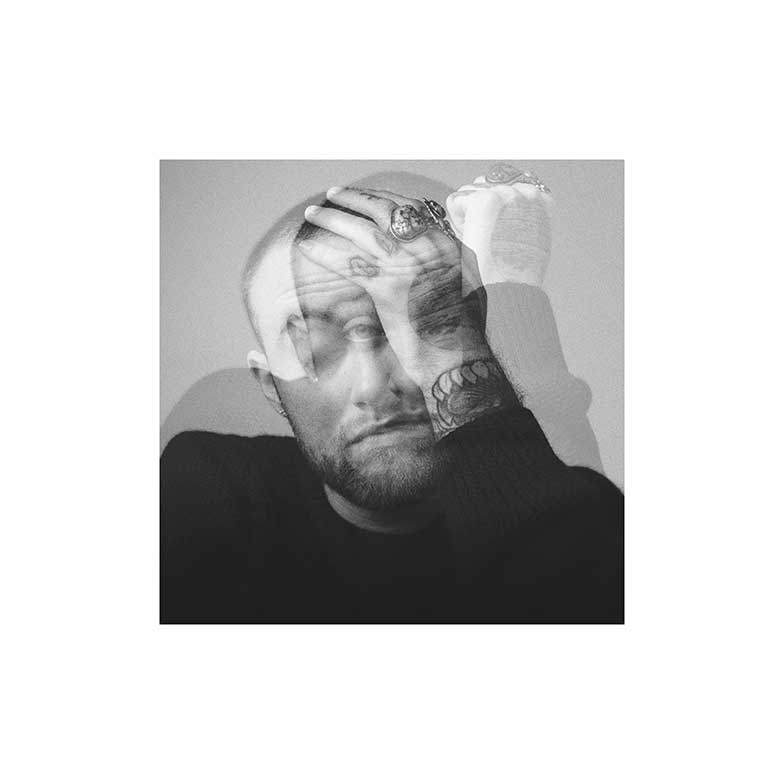 This coherence has a lot to do with the weird and lovely collaboration between Miller and Jon Brion. You can hear Brion’s signature touches in the percussion tracks1 (the vibraphone that rings out at the end of “Circles”, the marimba that you hear bouncing along in “Good News”) but also in the structure of the songs themselves: the chord progression in “Good News” loops indefinitely, never resolving, and the last chord in the sequence (the second half of the fourth bar) is a diminished chord that feels particularly Bion-esque to me. It’s the kind of “song-writer’s” harmonic movement that one might expect more in jazz or folk music, and which feels all the more magical in this context (I feel the same way about “That’s On Me”). More than magical, it’s also smart–the cyclicality invoked in the album’s lyrics is often built into the songs themselves through structures that repeat and have no clear point of tension or release.
I have not been listening to Miller for a long time, nor do I know the ins and outs of his career. I was turned on to Swimming when I saw his Tiny Desk Concert and was struck by what a great band he had. I didn’t get his approach at first, but I kept listening to the background music. Eventually, Miller himself got to me. His phrasing, timing and delivery are not about being sloppy or mumbling so much as they are laying back on the beat, intentionally playing with time, displacement, and rhythm. This approach also makes its way into his singing, which repeats phrases (or moves in new directions) at unexpected times. This is especially true on Circles, where repetition is stitched into everything.
This whole ambitious project is laid out in the opening track, a repetitive introspection that spends most of its time bouncing between two chords. The landscape is clear: it’s just a subtle atmosphere for Miller to riff over, mostly bass and a few resonant notes from a vibraphone. In this understated space, with no drums at all, Miller feels at the top of his game, wise and reflective. The first line is right away brutal: “Well/This is what it look like/right before you fall.” The last line on Circles (“Once a day, I try, but I can’t find a single word”) is similarly affective because that word he’s looking for gets cut off–the album stops suddenly, totally unresolved, leaving the listener missing something. And yet, if you’ve got it set on a loop, the break perfectly sets up the beginning of the album. Before you’ve noticed, you’re listening again.
1 Here’s another good example, and here’s another.